I went this week to two strangely contrasting book launches, with a unifying theme.

The first was on Tuesday at "The Society Club" - a rather fascinating bookshop at 12 Ingestre Place in Soho - for "How to Wear White" by Francesca Beauman.    She's written an intriguing book aimed at women getting married - peppered with good advice, and also unexpected and bizarre statistics that relate in some way to marriage - for example a table of champagne consumption by bottle for every country in the world for last year.  I am extremely fond of Fran and have known her for all of her life, so I never miss any of her book launches (this must be her fourth or fifth). You can buy her book here. 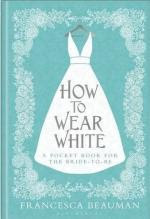 Fran's husband James Bobin directed the very successful Muppets film that came out last year, and he's half way through making the next one.   For me perhaps his greater claim to fame is that he co-wrote and directed "Flight of the Conchords".   It was fun therefore to find Jemaine Clement at the book launch party.

The Society Club also quite distractingly above its bookcases was having an exhibition of Bob Carlos Clarke pictures - I spent most of the evening making polite conversation whilst being quite distracted by pictures of girls naked save for various bits of PVC clothing.  All very jolly.

The second was the next evening at Boodles - another club but not one in which you would ever find Bob Carlos Clarke pictures.   This was to launch the publication of a book about the history of Boodles written by David Mann, who died last year, and other contributors.  The book is a celebration of the  250th anniversary of the foundation of the club. 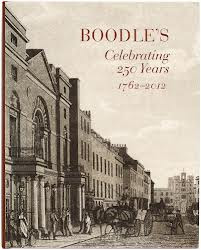 Boodles, like so many other London clubs, is entirely comfortable, seductive and appealing on the one hand; and absolutely appalling and retrograde on the other.  It's the sort of club in which gentleman have to wear coats and ties; in which women have been grudgingly tolerated and only then in recent times, and occupy a second class role if at all; and in which it helps if you were at the right school, the right university, the right regiment, speak in the right accent, have the right family, etc.   Despite precisely meeting all these requirements I can't quite relate to these places.  The charming wife of the president of the club told me that she thought I probably wasn't old enough yet (I am past my first half century!) and that she thought the club was an extremely useful place because it got her husband out of the house and meant she did not have to cook him dinner.

All of that said, I did meet some very urbane and open minded people at the launch party, and enjoyed some conversations about music, and the future of Europe.

I then drifted into conversation with quite a large group of men who were describing to me very animatedly how wonderful they thought "Nigel" was, and what fun he had been at dinner the night before.  It was only when one of them began telling me how there were enough immigrants in the country now, and perhaps we should even encourage some of them to leave, that I realised "Nigel" was of course Mr. Farage of UKIP.   As frequently happens they made the categorical error of believing that because I looked and spoke like them, I might share their reprehensible views.  The conversation went from bad to worse at that point, and so with my prejudices about the moral bankruptcy that inhabits the rotten core of these institutions entirely reinforced, I left.

The unifying theme, lest you should wonder, is family.  Fran is my cousin and David was my uncle.

Posted by Richard in London at 22:33 No comments:

The composer Jóhann Jóhannsson and I paid a visit to the studio of Thilo Heinzmann, the Berlin based artist.  As we arrived Thilo was listening to Jóhann's "Englaborn".   If you don't know it I strongly recommend it.
Thilo and Jóhann are collaborating on a project, one of the end points of which will be a composition by Jóhann called "12 conversations with Thilo Heinzmann".   This meeting at the studio was the 4th conversation, in which I was very pleased to be able to participate.

Jóhann is recently back from a trip to the South Pole - and we noted that in a funny parallel some of Thilo's polystyrene pictures have an iceberg like quality.   Thilo has been in Paris looking at impressionist paintings, and I think the result has been to inject a wider colour palette into some of his paintings.
The project has 8 more conversations to go, and I will blog about it again later in the year.

Posted by Richard in London at 18:25 No comments:

In Berlin on Sunday for a rather unusual concert at RadialSystem V - a performance space near the Ostbahnhof.

The concept behind the concert - "Nachtmusik barock" - is that you listen to lovely baroque music late at night in a relaxed state, this being achieved by taking your shoes off and lying on yoga mats, with your head on a soft and squashy pillow.


The musicians were Ensemble Hippocampus (violin, viola da Gamba, and harpsichord) and they played a variety of music by Bach and composers who had influenced him including Froberger, Krieger, Schenck, and Biber.   The violinist, Kerstin Linder-Dewan, spoke before the concert about Bach and his times. Fortunately her German was simple enough for me mostly to understand.

My favourite part of the concert was the Chaconne for Gamba and Harpsichord  by Schenck during which I completely drifted off into a trance like state.

Getting back to Charlottenburg in the snow after the concert woke me up again quite quickly.


Posted by Richard in London at 09:26 No comments: