Again, in not a particularly chronological order, here's the second group of recordings: 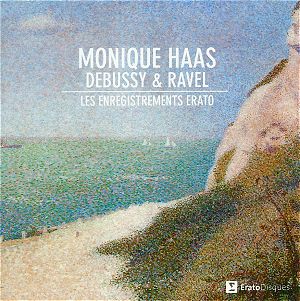 Monique Haas (piano) - Debussy & Ravel (recorded 1968-72 ).   I mentioned above (in part 1) that my two introductions to classical music recordings were Steve Reich and J.S.Bach.  I naturally became aware that there were many centuries of music between the two that needed filling in.  These recordings by Monique Haas of the complete piano music of Debussy and Ravel were part of my introduction.  I've heard many recordings since that I prefer - for example Jean-Efflam Bavouzet's superlative five disc recordings of Debussy's piano music, and Alice Sara Ott's Ravel.  But at the time Monique Haas opened my ears to a new direction for listening. 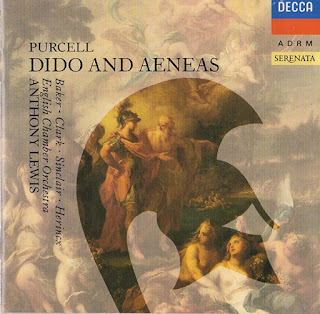 Purcell - Dido & Aeneas, Dido performed by Janet Baker (1961).  I used to think I could not relate to opera very well - I think principally because of the idiotic narratives of the Verdi and Mozart operas that are so popular, and what always seemed like the self-conscious pomposity that accompanies their performances.  This recording was part of what made me change my mind - it's hard to imagine singing more heart-wrenching than mezzo-soprano Janet Baker Dido's Lament in this recording from 1961. 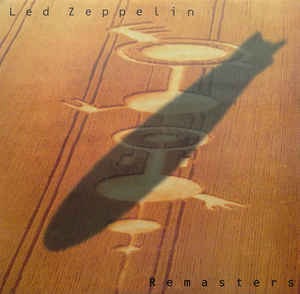 Led Zeppelin - Remasters (1990).  It was only when this retrospective remastering was released that I began to appreciate Led Zeppelin were not just another guitar based Heavy Rock band that so blighted my teenage years (see previous post). The music has so much R&B and soul in it. A friend asked me recently if I could go back in history to see one pop concert which would it be?  He chose Jimi Hendrix - a perfectly reasonable choice - but I would choose Led Zep from around 1971.  I also love the fact that Robert Plant did not get stuck in his own past, but has continued to progress his musical journey - in particular I like very much the various albums he has made in the last 10 years with Justin Adams. 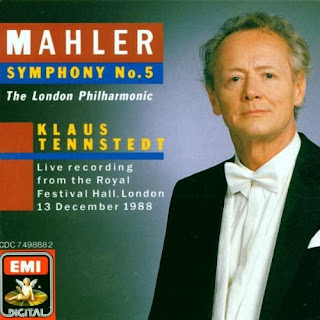 Mahler's 5th Symphony, conducted by Klaus Tennstedt (1988, released 1990).   My grandfather often went to the Royal Festival Hall, and I was in the audience for this concert as his guest.  He was friends with Klaus Tennstedt, who we met after the concert.  Around this time was the beginning of my appreciation of orchestral music, and I listened widely to Mahler, Beethoven, Brahms usw.  I can never fail to be impressed by hearing orchestras play well, and in awe of the composer's ability to conceive of and write an orchestral score.  But I think in the end my preference remains chamber music. 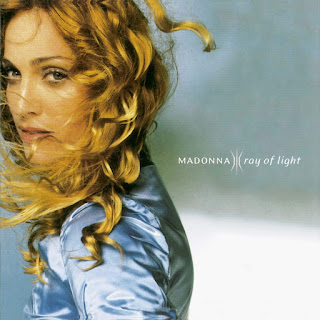 Madonna - Ray of Light (1998).  It's hard to explain the impact of this album if you weren't there at the time - it's had so much influence on what came afterwards that it sounds very familiar to our ears. 20 years ago it was an extremely innovate mixing of electronica, dance, techno and dub.  All that aside, the title track - Ray of Light - is the most transcendent, ecstatic piece of music that never fails to grab me when I hear it.  A piece of musical perfection. 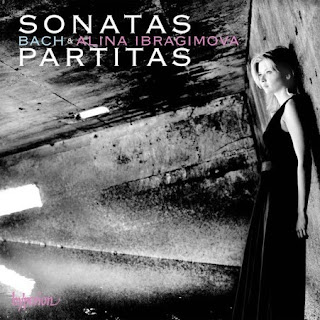 Alina Ibragimova playing Bach's Violin Sonatas & Partitas (2009) I didn't used to like violin music so much, I found it scratchy.  And then somehow listening to this record changed that.   I have since heard other great violinists play the sonatas and partitas.  They are all doing what classical musicians do best, communicating the work of the composer to us the audience.  Somehow Alina playing these works is something else.  I have been there more than once, watching her perform the sonatas and partitas, standing on the stage, closing her eyes and starting to play, and opening her eyes only once she has finished. She is inviting us to share her own intimate pleasure of playing the music for herself,  somehow brilliantly captured in this recording.   If I could take only one record to my desert island I would take this.

New comments are not allowed.